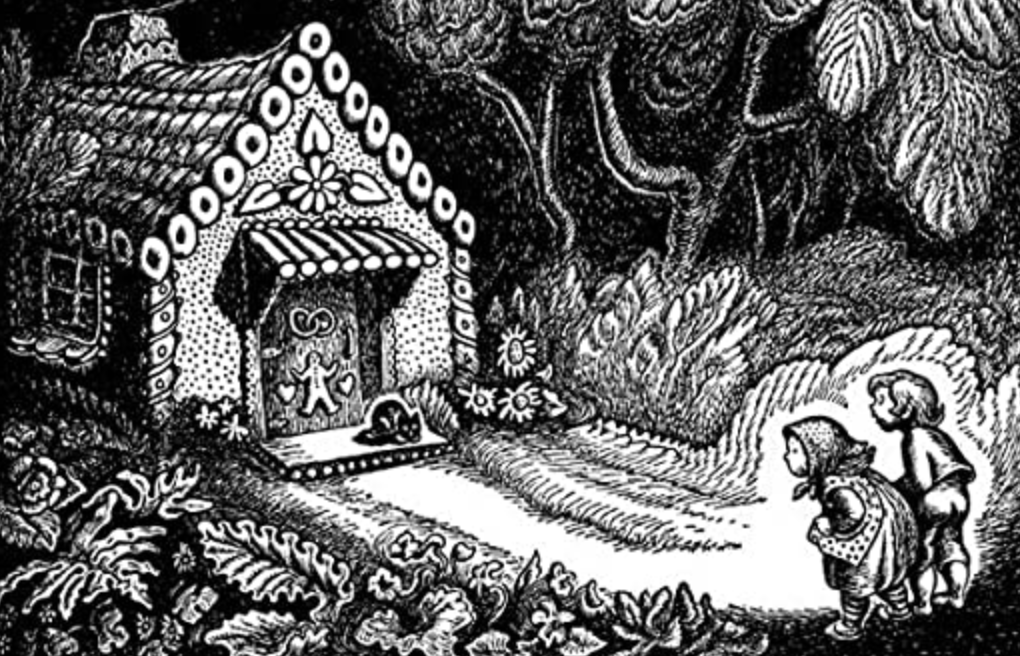 Hansel finds himself trapped in a cupboard, under the stairs in a witches house. There’s no room for him to move. How is he going to get out?

The game consists of 9 blocks and 10 powers (see: About > Game Design for concepts).

The first challenge is to get out of the cupboard under the stairs (hints: take bottle, use bottle).

Initially, the player moves through the blocks in an anti-clockwise direction, realising when they get upstairs there’s a sleeping witch to deal with 😱.

After reaching the attic (hint: take key) the game play turns into a linear race to escape; with the witch, and her cat hot on your heels!

The block layout is shown below, with the starting block highlighted with a blue border. 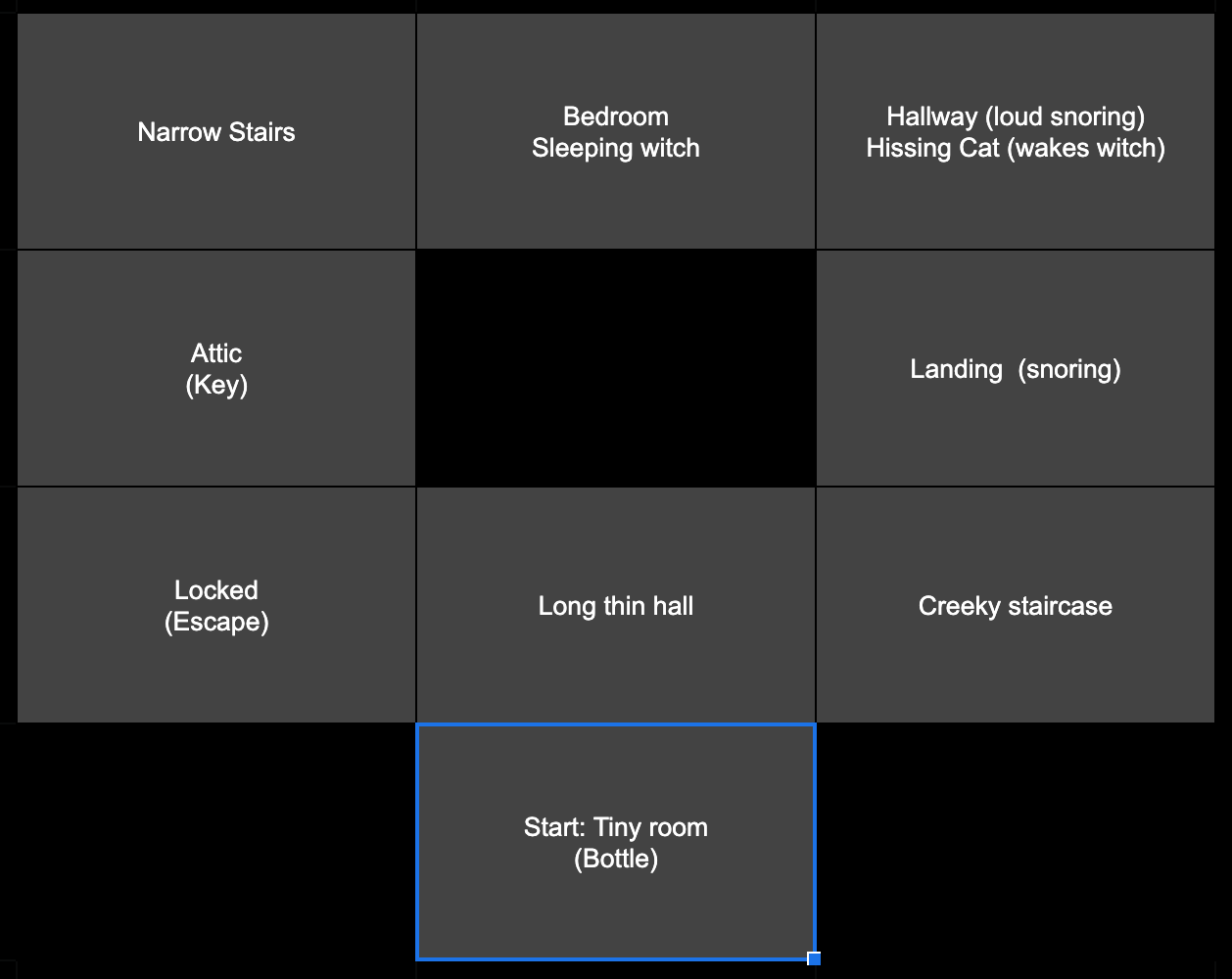 🤓 Read about text quest, the motivation and concepts behind it.

If you’re interesting in contributing head over to the text quest GitHub project.